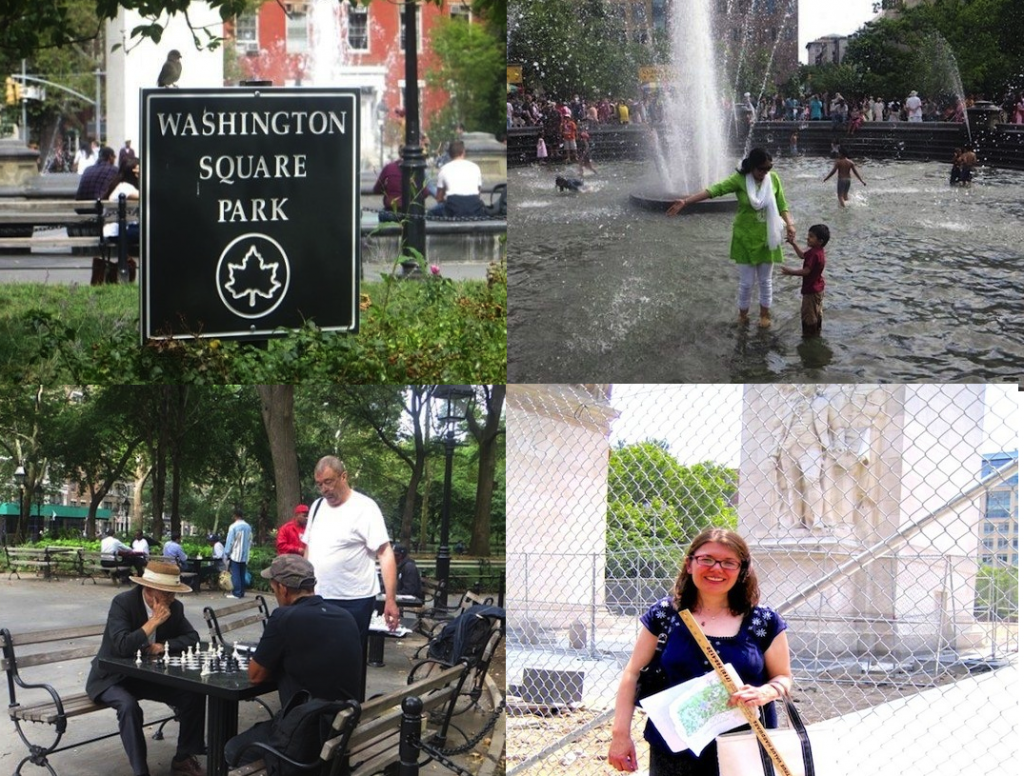 The original tagline of Washington Square Park Blog, which published its first post twelve years ago today, was:

“the chronicles of a beloved park and a city government overcome by its own power.”

This blog was started to document the controversial redesign of the park – construction began late December 2007 – and expanded from there over these twelve years. Former Tulip Patch Wash Sq North (2009) – people sometimes act like there were no flowers at the park previously:

Scene prior to park redesign construction:

In 2009, the Fountain Plaza had opened in background – the fountain was moved 22 feet east to “align” with the Arch at Fifth Avenue costing an unknown figure to do so: Thanks for reading, commenting, sharing this blog and appreciating the very magical park.

postscript: The redesign of Washington Square Park took over seven years and cost well over $40 Million. Both figures more than double what was projected. The budgeted and approved amount for the three phase (which became four phases) redesign at its onset was $16 million.

Another focus of this blog has been the threat to public parks of privatization of public space.

Read about problems with privatization here and at my ongoing series at the Huffington Post.

As to the current risk to Washington Square Park (not privatized – yet), visit this blog’s Private Conservancy Watch and here (concealed documentation by Conservancy founders uncovered by WSP Blog).

There is a substantial archive of material over the past 12 years at Washington Square Park Blog, stories uncovered, broken and sourced by mainstream media, history revisited, artists and musicians championed, coverage of community meetings addressing the park, push back against privatization of our public space, and much more.

As always, your donations to support this work are appreciated.